This Page is under Development

This document covers the design of FirmwareControl plugin  for RPI board.

1.  RPI box will reboot twice for Firmware upgrade only during first time, after booted for first time. First reboot creates two more partition if its not available and second reboot activates the new image.

Considering the  current requirement, the design approach followed for FirmwareControl plugin is as follows.

FirmwareControl plugin is to be enabled from Metrological UI for firmware update else request is denied.  Upon receiving firmware upgrade request, we initially validate the parameters. Execution is proceeded only if parameters are valid.

By default RPI is having only SD card support for flashing OS and boot and  have only two partitions,one for Kernel(FAT32)  and other for rootfs(ext3) (mmcblk0p1, mmcblk0p2),  two new partitions are created  as passive bank during run-time using fdisk and mkfs.ext3 command. Device is rebooted after creating partition. Before rebooting command entered is saved in a file and after reboot the same is executed again after reboot.

Package tar file mentioned in request, Pkg.tar.gz file  from  given HTTP server is copied to a file in /tmp of active memory bank. After download Hash values are compared with downloaded file and request to confirm Downloaded file and mentioned one are same. 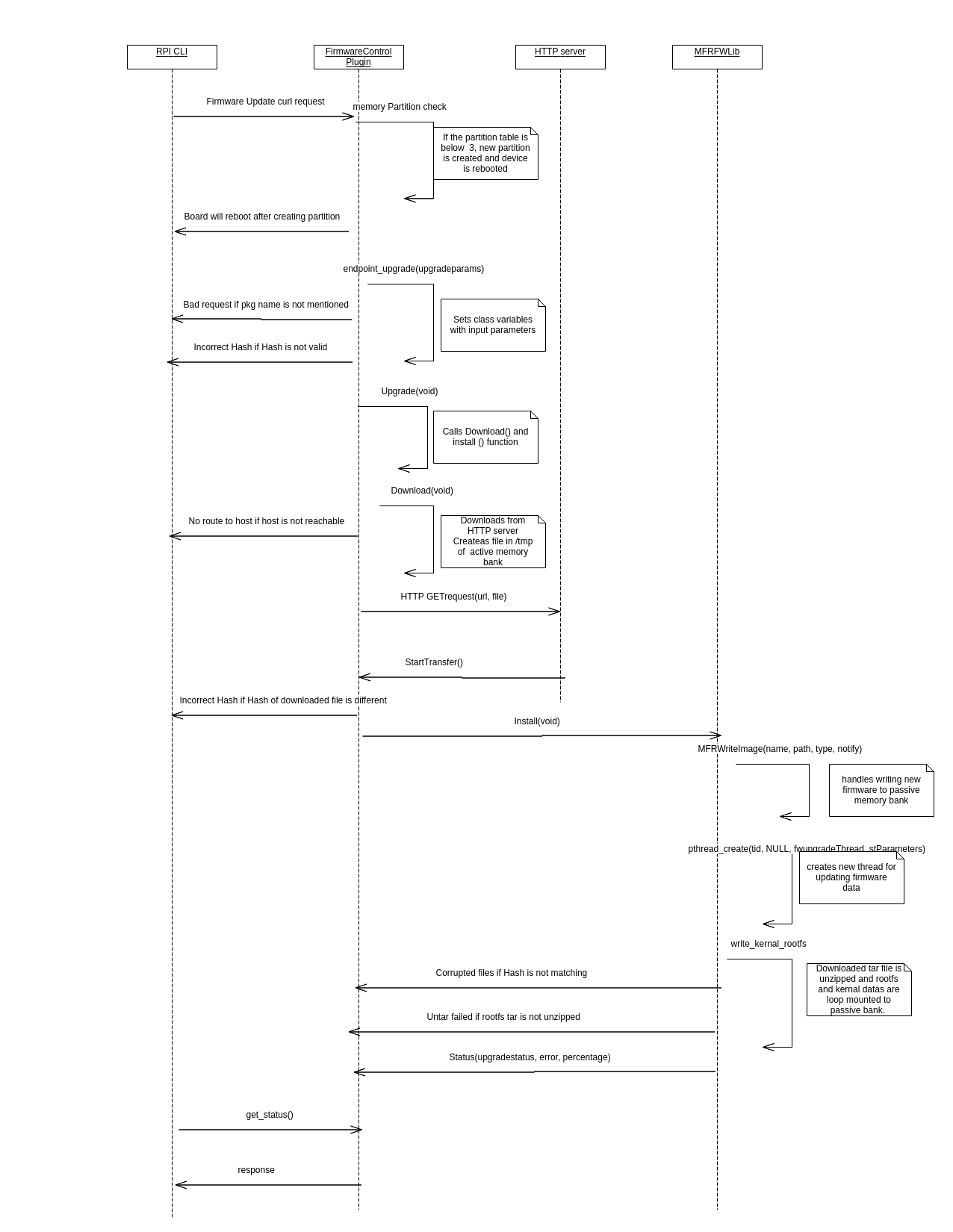