Traditional code download were using eCM interface which had some limitations like URL resolution not supported. XCONF way of code download allows Code download from the Embedded STB  (eSTB) interface and provides set-top with 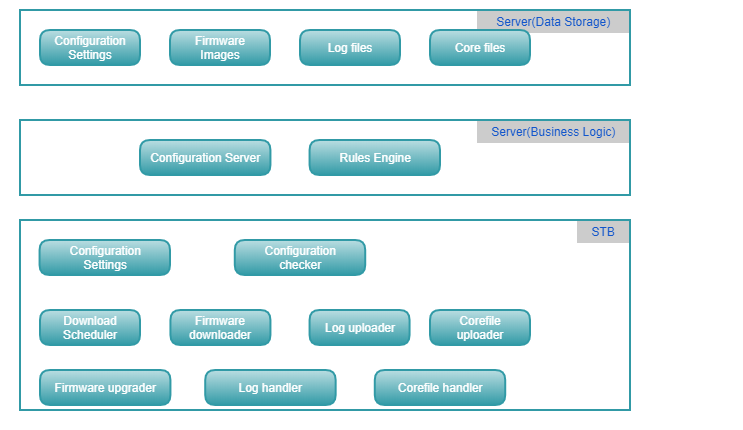 An STB makes an HTTP request to Xconf to get firmware information. The request may be an HTTP POST or GET. The response is a JSON string. An example GET for the production Xconf instance would look like this.

The following table lists some of the parameters which may be sent.

The following table lists the different values for the capabilities parameter that may be send in request to Xconf. This is a multi-valued parameter. More than one capability may be sent.

These capabilities should not live forever. Once all boxes are known to support a given capability, Xconf should deprecate/delete code that handles STBs that don't support the capability and STB should stop sending the capability value.

Xconf returns firmware information as a JSON string as follows (just a sample).

Xconf should be able to add new values and STB should still be able to process the JSON string. STB should ignore any values it doesn't understand.

On server error STB may implement retry logic or not. Most 500 errors will be caused by bad requests, but some may be temporary conditions.

If the request to Xconf times out, STB should implement retry logic.

There are times when Xconf does not wish to respond to the STB. In these cases it will send an HTTP 404 (not found) response and a prose text reason for why the response was not handled. The STB should ignore these responses (and not retry the request to Xconf).